For millennia, hunters and fishers traversed the height-of-land between the Rideau and Mud (Newboro) Lakes. European explorers, missionaries, traders and pioneers followed. But without falling water for power, rumor and record has it that by the year 1820 only a few settlers had cleared forest and cropped land on this “band of bush” that divided the Rideau from the Cataraqui Basin. But that all changed. During the years 1826-32, the Rideau Canal was built under the direction of Lieutenant Colonel John By and the Royal Engineers as part of British defense strategy in North America. This canal linked the navigable waters of the Rideau River System flowing northward to Bytown (now Ottawa) and the Cataraqui System flowing southward toward Kingston. Excavating this connective channel at the isthmus was one of the most difficult tasks undertaken. It demanded digging and blasting through a hard ridge of Canadian Shield granite lurking in the landscape. Many lives were lost to accidents and swamp fever (malaria). Private contractors went bankrupt. Ultimately the 7th Company of Royal Sappers and Miners completed this vital link between 1829 and 1832.

In time, the construction community called “The Isthmus” faded away and a new community located on the east side of the channel took form. This place of people and commerce was formally named New Borough, then Newboro.

Throughout the 19th century, Newboro grew and prospered at the keystone of the Rideau arch. Built to defend British North America from American invasion, the Rideau Canal transported vast amounts of produce from forest and farm to the United States, especially to the North during the Civil War. In the latter part of the 19th century, steam tugs towed barge loads of iron ore from local mines to smelters south of the border. Cotton bag miners bartered their books of mica to General Electric.

Newboro developed as a thriving community. The bridge spanning the Rideau Canal became a busy link in the “Stone Road” to Westport. “Main Street” still hints of an era of travel and commerce, lodgings and shops, a bustling streetscape that paralleled the Canal. Warehouses and wharves, some owned by the renowned Tett family skirted the canal. A blast of the steam boat whistle announced the arrival of the Rideau King or Rideau Queen; travelers from far-off Smiths Falls and beyond; voyagers to far-off Kingston and beyond. You can still find a cleat anchored in stone along the canal where barges tied up to load and unload their cargoes.

In 1888, the Brockville - Westport & Sault Ste. Marie Railway added a new dimension of travel, even in winter. Produce of local farm, forest and fur trapping entered wider markets through Newboro’s cannery, mills and merchants. From Newboro Station, local scholars went to and from high school in Athens and Brockville.

Straddling the “town line” boundary between North and South Crosby and feeling economically and politically distinct from both Crosbys, Newboro declared its independence in 1876 and for many decades it bragged of being an “incorporated village”; one of the smallest incorporated communities in Ontario. Now, Newboro is a vital part of North Crosby Ward of our Township of Rideau Lakes.

Surrounded by lakes including the Upper Rideau and Newboro Lake, Newboro has become a popular vacation center. Annually people come to enjoy our scenery and the diverse array of activities the lake offers. The ambiance of our fine historic inns continue to attract people from afar. Welcome aboard. 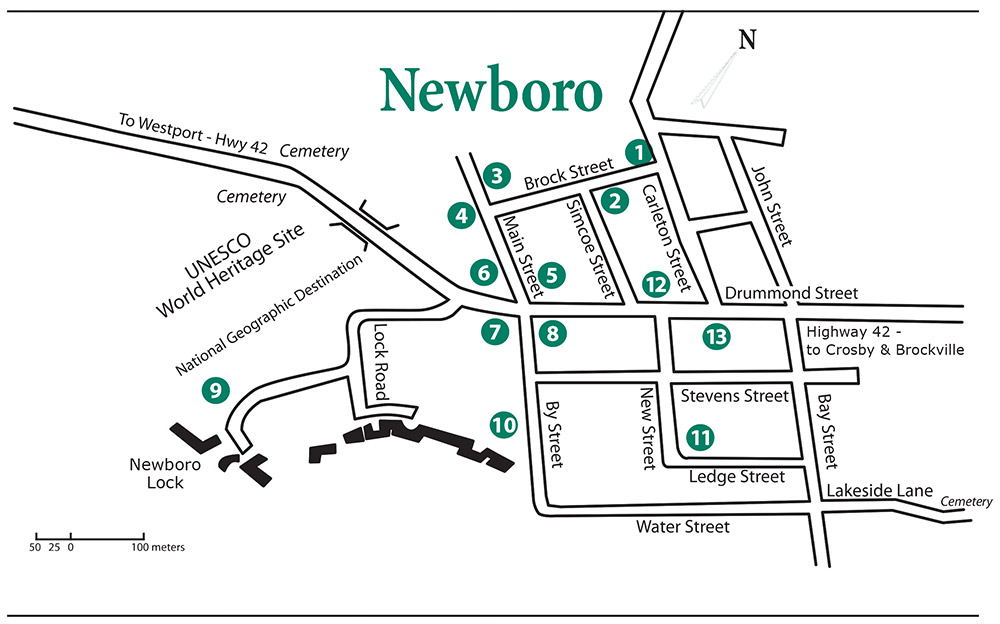 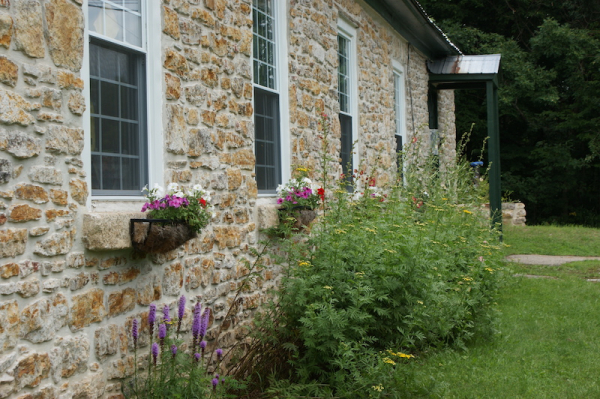