Among the Gems of the Rideau

Paths by paddle and portage have crossed our landscape of Shield and Lowland ever since the most recent Ice Age melted away ten millennia ago. In recent centuries, ancient paths were followed by European explorers and traders. In the 1790s, saddle-bag preachers travelled paths from blazed tree to tree and from pioneer cabin to cabin. Survey lines and concession roads brought settlers fleeing the American Revolution to the flat and fertile sedimentary plain. In the 1820s, packed snow and ice gave path to teamsters with yokes of oxen. Their stone boats in tow were laden with rough ashars of sandstone destined for building the dams and locks of the Rideau Canal. After 1832, the path of the propeller marked the era of steamboat trade and travel along the Rideau Canal. In the 1840s tortuous rocky trails took settlers fleeing famine in Ireland onto the unforgiving Shield. By the 1880s, rails of iron brought year-round and relatively speedy travel to the north of Leeds County. By the 1930s, paths of pavement opened a new lattice of travel for residents of the Rideau and for visitors from afar. Beside these highways and byways are the farms, the homes and the villages that are testament to the lives and labours, the goals and skills, the joys and sorrows of the people whose lives have been linked through the Rideau community to the world. This is an invitation to travel some of these paths by road, possibly by boat, maybe with backpack. Enjoy “An Experience to Remember” here in the rich natural and cultural heritage as seen from some of our paths in the Township of Rideau Lakes. 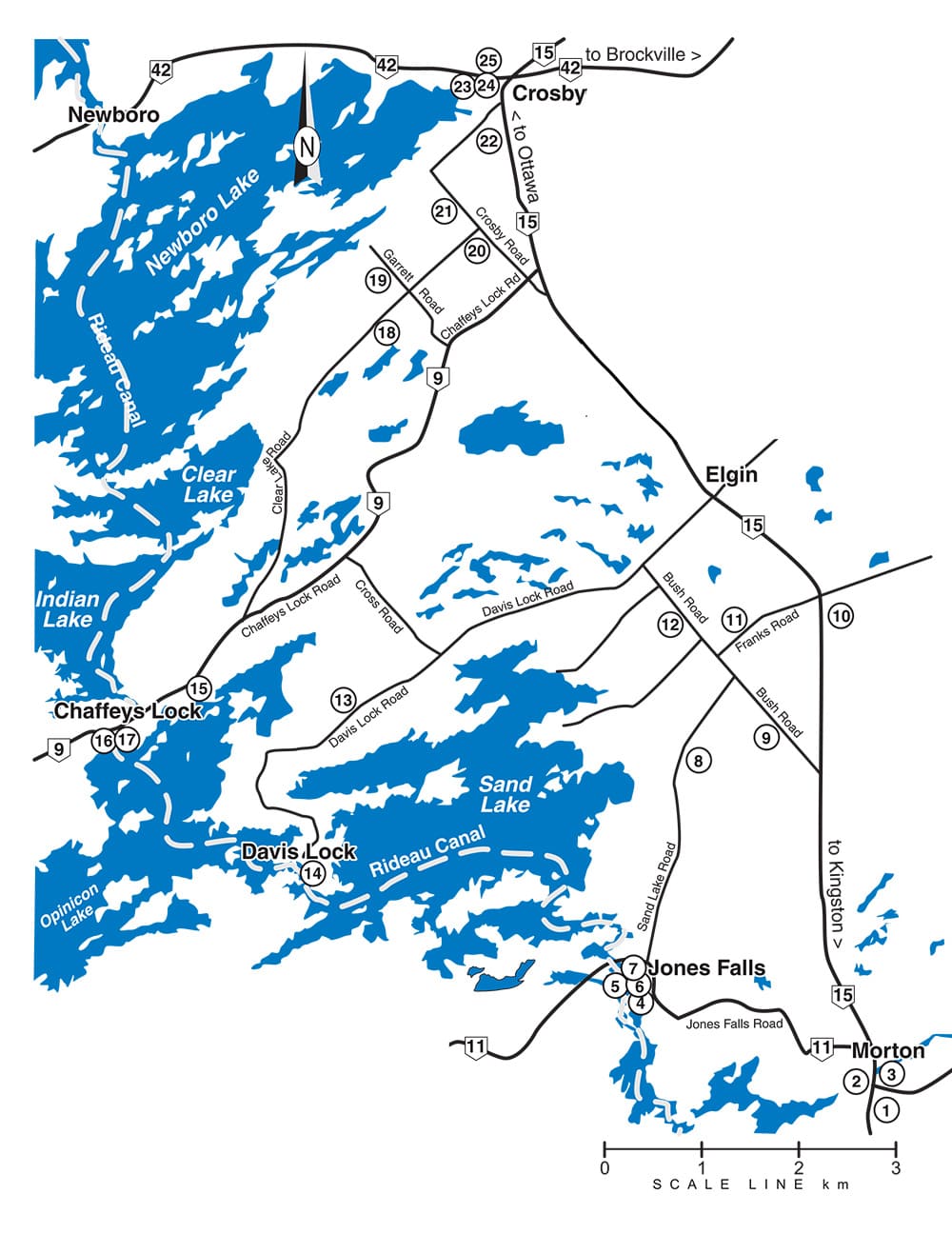