Undoubtedly First Canadians frequented the blue water, the shores and portages of Rideau Lake for millennia and it would seem that early European homesteaders were raising their cabins and crops in the vicinity of Portland in the 1790's. It is recorded that a saddle­bag man of the cloth was arrested as a vagabond for visitations and sacraments that the authorities considered prolonged.

The original land grant for the site of Portland is dated 1801. But a community was not born until 1816 when "The Landing" became the major stepping-off point for those intending to homestead in the Perth area. Settlers, the eager, the anxious, arrived from Brockville by bush trail to The Landing, by barge down Rideau Lake and up the Tay Valley to Perth. The completion of the Rideau Canal in 1832 opened the Rideau countryside and "Old Landing" to the world. With the establishment of a post office in 1842, Portland received its official name. Commercial traffic on the Rideau and the growth of agriculture across the hinterland nurtured numerous businesses catering to the needs of farm families and the export of raw materials. Steamers and barges departed from Portland laden with barrels of potash and cords of wood from the clearing of forest, bales of tanned hides and casks of salt beef from the bounty of field. Hence Portland became a thriving village of trade and transhipment. But by 1900, the nature of commercial activity was changing. Advances in rail and road travel and the advent of tourism offset a gradual decline in the role of agriculture. Portland remains today with much of its economic and cultural life focused on Big Rideau Lake. The Municipal Heritage Advisory Committee endeavours with this Walking Tour to illustrate a variety of architectural influences reflected in the buildings of Portland. Amble casually with us. Imagine the welcome clang of steam boat bell, the aromas of outer-world spices and local cheddar in grocer shops, the humming of mills, business being done, the laughter and tears of family and village life as it was ten and fifteen decades ago. 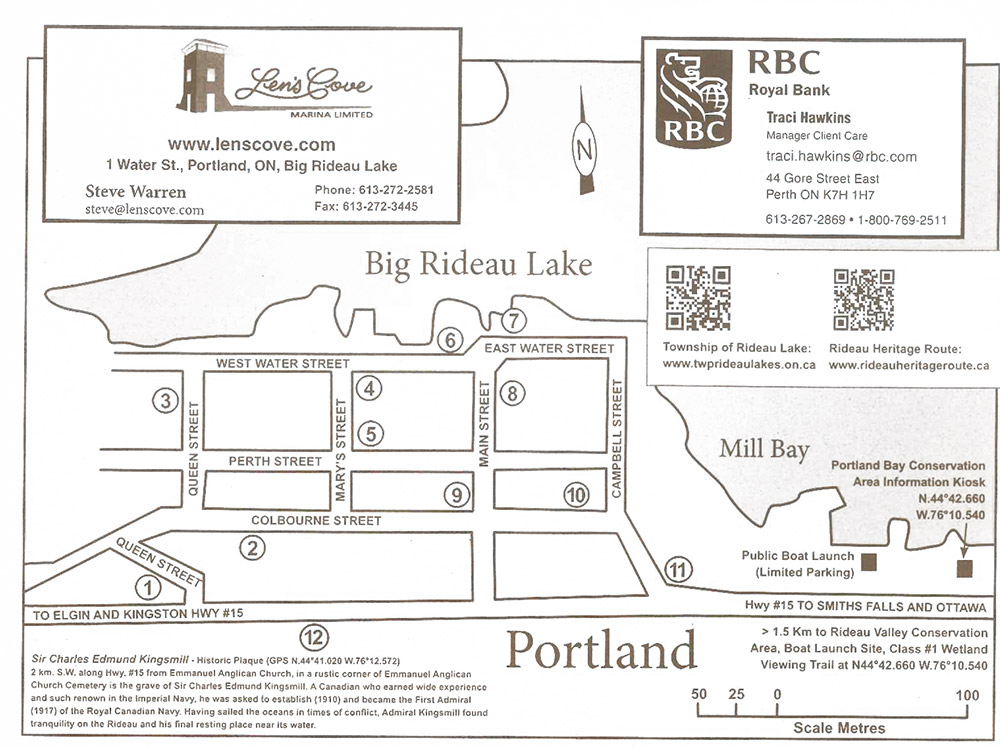 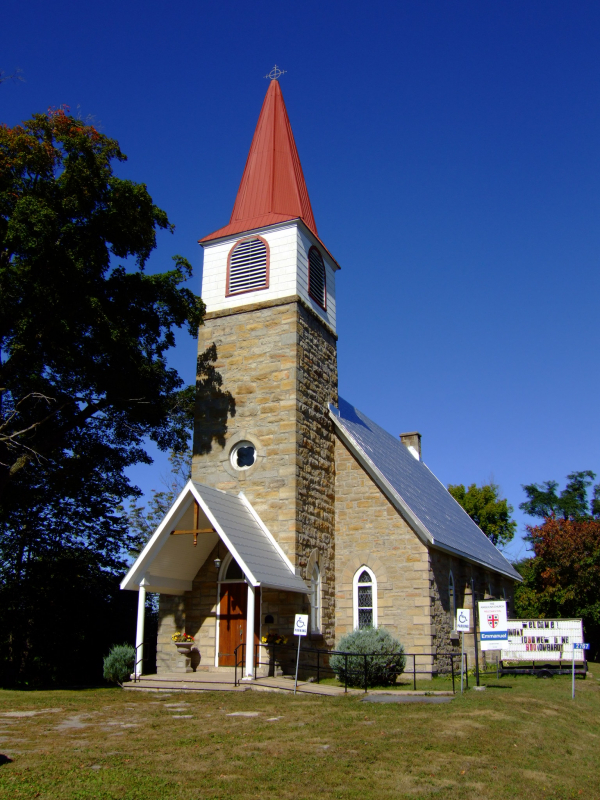