For millennia, people of our First Nations paced the portages that linked the Rideau and the Cataraqui River Basins. They hunted and gathered the riches of the midlatitude forest and fauna. They fished the bounty of the lakes. Their trails were followed by European explorers and traders of the 17th and 18th centuries. Sightings by surveyors and sounds by timbermen’s axes lead to exploitation of rich forests of pine and oak. Early in the 19th century, pioneer families hastily built their log shanties, their firststage shelters against oncoming winter. In time, they built more permanent abodes of squared logs with amenities like doors of sawn lumber, windows with glass, stone fireplaces and chimneys, their secondstage pioneer homes. By the decades about the 1840’s, farmland was being cleared and wealth flowed from grains and livestock. Fine thirdstage homes began to appear, crafted by talented artisans from stone, brick and lumber to grace the countryside along the “Stone Road”.

Join us as we travel along the north shore of Newboro Lake. Cross over the World Heritage Rideau Canal west of Newboro. Continue along the western shore of the Upper Rideau to the intersection with Leeds County Road 10. You have traveled the “Stone Road”. Completed in 1857, the Stone Road boasted a macadamized surface made of compacted layers of crushed stone. Repeated winter frosts pushed larger stones to the surface and made the road extremely bumpy for wagons having iron-rimmed wheels. Payment of tolls just east of Newboro and near the junction of Perth Road caused even more consternation for weary travelers. But now you are free to turn left onto the historic Perth Road and travel along country lanes to Salem. No witches were burned at the stake here! Our Salem was once a peaceful and thriving farming community boasting a cheddar cheese factory, general store, school and church. Thence you will turn north-eastward onto County Road 12, now called the Westport Road but once the “Mast Road”. Here tall sturdy pine “sticks” destined to mast British Navy ships were hauled to Rideau Lake and on to the seas of the Empire. Much of this area west of Newboro was settled following the completion of the Rideau Canal in the early 1830s. Prosperous farms emerged on this flat and fertile extension of the St. Lawrence Lowlands. Relatively straight roads and square fields distinguish this trek and terrain, strikingly different from the rugged Canadian Shield north of Westport or south toward Bedford Mills. Pause to study more than a dozen fine buildings crafted by skilful masons and carpenters back in the 1850s and 60s. Appreciate the riches of climate, soil and vegetation along the Stone Road and Mast Road. Sense the toil and talents, joys and sorrows of the families who cleared farms and built community here over a century ago. 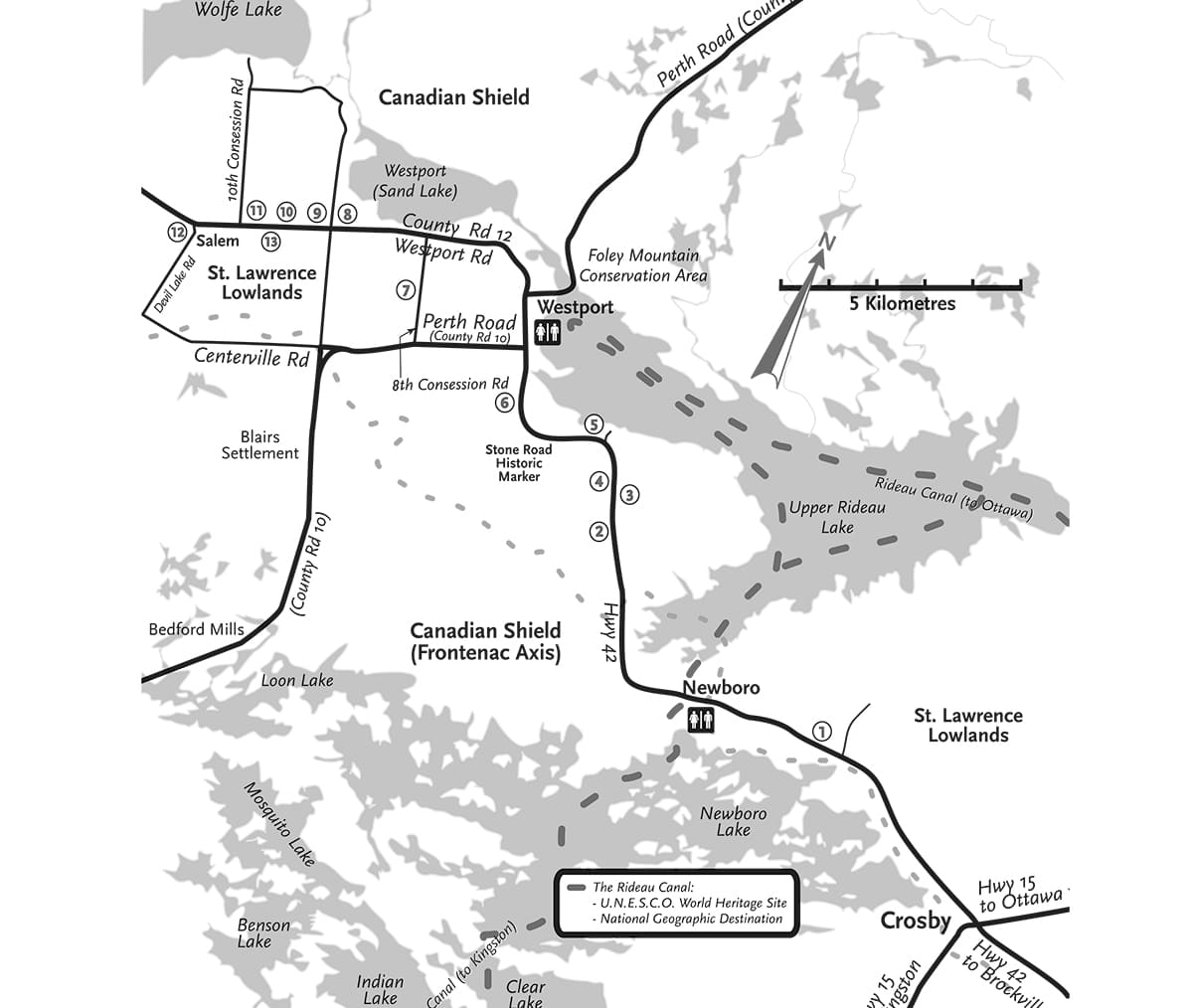 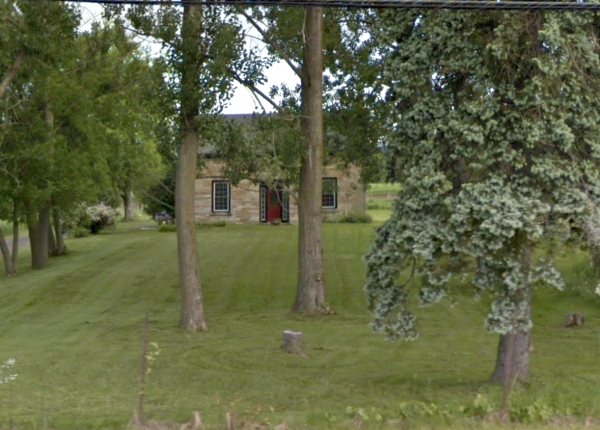